Outstanding Care in a Unique City

Outstanding Care in a Unique City

We are now able to offer COVID safe visiting at our care home, contact our team for more information

Fonthill House is located in a quiet corner of leafy St Albans, which is a beautiful and thriving cathedral city situated in the charming Hertfordshire countryside. Green landscapes meet ancient streets in this enduringly popular destination, which boasts 2000 years of history, breathtaking parks and enviable culture and entertainment.

It is positioned within easy reach of the M1 and M25, and 22 minutes by train from London’s St Pancras station. St Albans’s location in central Hertfordshire also makes it highly accessible from the nearby towns of Hatfield, Hemel Hempstead, Welwyn Garden City and Harpenden.

Nature on your Doorstep

Within a stone’s throw of Fonthill House is the wide open space of 100-acre Verulamium Park. At any time of the year, this stunning beauty spot offers opportunities to get close to nature and experience its uniquely calming benefits. Sitting alongside its serene lake or the meandering River Ver, you can look out for water birds including the resident herons. Wildlife habitats exist all over the park among its extensive meadows and trees. The area around the water’s edge also features a bustling cafe and a model boating lake.

Slightly further down the road, Heartwood Forest is the largest new native forest in England, having been founded by the Woodland Trust. The 858-acre woodland is located in Sandridge, just outside of St Albans, and now contains over 60,000 trees as well as existing bluebells, hedgerows, wildflower meadows and grassland. It is a peaceful haven for wildlife and for anyone who visits it.

Verulamium Park also stands on the site of the Roman city of Verulamium. This ancient spot was the second-largest town in Britain after what was then Londinium, and it is the foundation on which St Albans was built over centuries. To this day you can still see the remains of the original city walls, the Hypocaust and the London Gate, only 300 yards from Fonthill House.

At the far edge of the park, only a 15-minute walk from Fonthill House, is the Verulamium Museum. This award-winning museum of everyday life in Roman Britain includes recreated Roman rooms, mosaics and incredible artefacts recovered from the excavation of the park. A series of talks on all aspects of Roman life take place most Saturdays and Sundays, and admission to the museum for senior citizens is only £3.50.

St Albans Museum & Gallery was opened in 2018, and admission is free. Set in the old Town Hall, it offers two millennia of incredible heritage, local and national treasures. With regular contemporary art exhibitions, a packed programme of events and the opportunity to explore the building’s original Assembly Rooms, Courthouse and Cells, it has quickly become a much-loved addition to the cultural life of the city.

The Jewel in the Crown

At the heart of this ancient city is the Cathedral Church and Abbey of St Alban. This iconic building is visible peeking over the trees from most parts of the city. Its strikingly beautiful architecture dates back to Norman times — construction of the abbey which would eventually became St Albans Cathedral began in 1077. St Alban is honoured as Britain’s first saint and the church was built as a shrine on the site of his tomb.

It has the longest nave, at 275 feet, of any cathedral in England, and – unusually for a cathedral – also serves as the local parish church. A regular programme of events and classical music concerts are also held in this uniquely special building.

The cathedral’s 144-foot tower is not the only historic tall building in the city centre. The St Albans Clock Tower is a Grade 1 listed belfry built in 1405. Originally constructed in protest at the power of the abbey, it is the only remaining medieval town belfry in England. Its bell is over 600 years old and even rang out during the War of the Roses.

A shopping destination for centuries with a market that dates back to the 9th century, St Albans is today home to many of the country’s most beloved high-street brands, many housed inside The Maltings shopping centre. The city is also full of independent specialist shops and boutiques to meet just about every need. Granted a Royal Charter in 1553, the renowned St Albans Street Market takes place every Wednesday and Saturday and runs the length of St Peter’s Street.
St Albans also boasts a huge range of bars, pubs and restaurants as well as the annual two-week St Albans Food & Drink Festival, which takes place every September and celebrated its 12th year in 2019.

The Alban Arena and the Maltings Arts Theatre are two unique venues in the centre of the city which host a year-round programme of arts, comedy, theatre and music. The Odyssey Cinema, a traditional art-deco picture house, is renowned as one of the finest in the country, and screens a diverse mixture of new releases and classic films.

Click on a member of our team below to begin a chat. 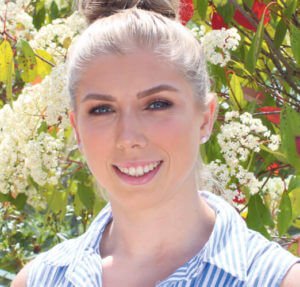